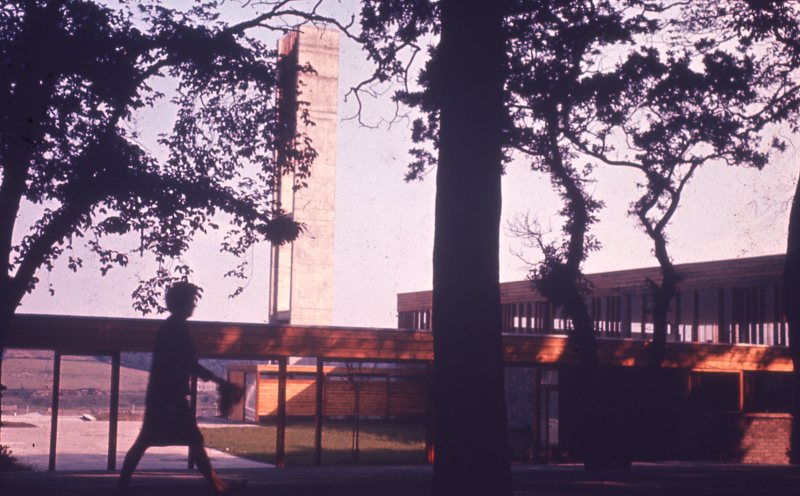 Every few years, a government or a think-tank or whoever proposes to build some New Towns. Sometimes, they even get built. They don’t call them New Towns, however. New settlements, Garden Cities, most often, but never New Towns. One reason for this is an advertising matter. It is presumed that those who might be moving to them would be put off by the name of, say, Poundbury New Town, Cambourne New Town, Ebbsfleet New Town. New Town means bad things – council estates, ‘concrete cows’, ugly town centres; New Town equals Crap Town. On the other hand, another reason is that New Towns were carefully considered things, where architects, planners and governments meticulously set out precisely what they wanted the town to be like. Aside from the common factor of nil public participation, this is not how Poundbury, Camborne or Ebbsfleet, to name three recent New Towns have come into being. The first, notoriously, is the Prince of Wales’s attempt to put his enthusiastically reactionary architectural tastes to the test of a ‘living’ existing settlement; the second is an attenuated, developers’ version of the same, catering to the ‘Silicon Fen’ around Cambridge; the third is a scattering of houses around a motorway and a high-speed railway. But all of them are loath that they might be compared to Stevenage, Harlow, Cwmbran or Cumbernauld.

The big secret about New Towns, however, despite their apparently poor public rep, is that they were very popular. As one of their exponents, the anarchist and architectural writer Colin Ward, pointed out, they offered the things that both 19th century speculative housing and post-war modernist reconstruction did not and could not – front and back gardens, closeness to the countryside, abundant skilled jobs (at first), and small scale, easily navigated towns where you weren’t likely to get stuck in traffic or with your head in someone’s armpit on your way to work. Although they were a project of the centre-left, and considered broadly socialistic in their ethos – that’s why the signs at Stevenage were repainted ‘Silkingrad’ by locals who didn’t want a new town attached to their village – they were conservative with a small c, in a way that the likes of Trellick Tower or Park Hill were not. They were not sexy, not edgy. Accordingly, they seem oddly neglected in the current wave of nostalgia for post-war architecture, too much like the sort of sleepy suburbia from which many Brutalism enthusiasts have emerged.

Yet at the same time, the New Towns are as complex by now as many already existing towns, and they’ve faced very different fates over the half-century or more since their foundation; from the original New Towns planned around London like Basildon, Hatfield, Crawley, Harlow, Stevenage, which are by now hard to distinguish from the earlier commuter towns and satellite towns of the 19th century, to the more futuristic ‘success story’ of Milton Keynes, still one of the quickest growing towns in the country, to the more ambiguous fate of Peterlee, which has suffered from the destruction of the mining industry, they’ve usually shared the destiny of the areas in which they were built. One of their central original aims – to decrease the density and population of London, Birmingham, Liverpool, Glasgow – is now widely considered to have been a mistake, albeit for very different reasons, as the capital reaches its historical peak population to great fanfare and hymns of self-praise, and cities in the north face, by contrast, continuing depopulation, which makes the fact of their deliberate limiting all the more puzzling. But as for the Towns that were meant to offer an alternative both to the big cities and to the twee villages, their stories remain to be told in all their complexity. Only after that can we post the question again of – why not build a New Town, and why not call it one?